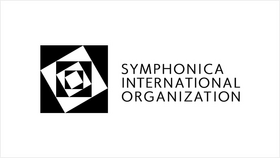 Symphonica (シンフォニカ, Shinfonika?), officially know as the Symphonica International Organization, is a organization whose objective is, the protection of humanity. Its current focus is to eliminate the current threat to mankind the D2, and is the only one capable of waging a counterattack against them after the destruction of most of the world's governments and armies. Aside from this, Symphonica also builds defensive facilities.

Established at around the same time as the emergence of the D2, the organization used the unique power of the Musicart and became humanity's protectors. Since then, each country has a defensive facility built, carrying the organization's name, "Symphonica". By the year 2047, Symphonicae were built near major cities like New York and Berlin. At New York Symphonica, the hero of the previous war Sagan took up the role of Grand Maestro and assumed full authority.

Community content is available under CC-BY-SA unless otherwise noted.
Advertisement